So, just before Christmas, we found ourselves adopted by yet another cat.  This time, by a giant boy who was dumped outside a friend’s business, and who was desperate to be taken home by just about anyone, so we fit his bill. We love him…which is good, because he’s frankly a mischievous pain in the ass.

Me: So, guess what we found when we got home. tonight?

Ryan: Oh, no, he finally figured out how to open the drawers.

(Don’t even ask what started this conversation…our texts have a narrative thread that falls somewhere between mescaline overdose and fever-dream.)

Me: I’m sorry, I can’t hear you over the sound of me dying.

Ryan: That’s something you could put on Pay-Per-View.

Ryan: To be clear…Trump-Cruz, not your dying.

Me: Thanks for clarifying, sweetie.  Wait, are you saying my death isn’t good enough for Pay-Per-View?

Ryan: Yeah…I don’t think I can win here, so I’m just going to tell you you’re pretty and hope for the best. 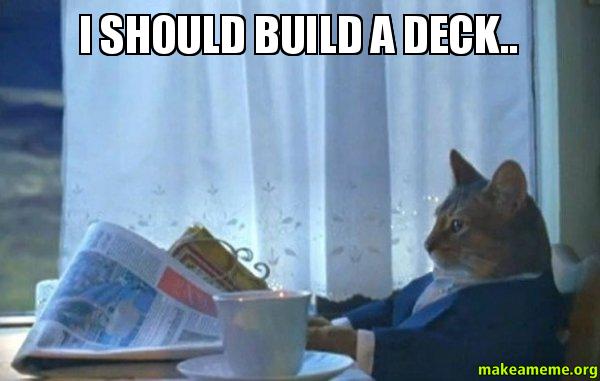 Whilst teaching Language Arts and doing a dictation exercise, where they have to write a series of sentences given to them orally.  (Reminder: My kids have learning disabilities and are below grade level in reading…)

Me: “Robert needed to have his deck scrubbed before the event.”

Me: “What is your problem?”

Me: “His DECK…he needed his DECK scrubbed.”

Caolinn now has a boyfriend.  The parents wanted to meet me, and I, of course, have been wanting to meet him and them, so we were scheduled to go over there, this morning.  Truly, the kid couldn’t be a nicer kid, and his parents seem terribly sweet, so, we got lucky on this one.

Ryan: So, how did the whole meet and greet go?

Me: As we were driving over, I said, “Well….time to meet the in-laws.”

Ryan: Was she horrified?

Me: No, she smiled…so now, I’m horrified.

It should come as no surprise that Ryan and I are lapsed Catholics.  I’m 90% sure if we stepped across the threshold of a church, that flames would erupt.

Ryan: You going to church?

Me: Why would I go to church?  In the middle of the week?

Me: Ohhhhhhh…that.  No, I don’t want schmutz on my head.  I’m going to Costco, though.  Need anything?

Ryan: Costco instead of church.  What would Jesus say?

Ryan: What would your grandmother say?

Me: She’d say I was going to hell…and to ignore Jesus and get the chicken salad, so she can score half of it.