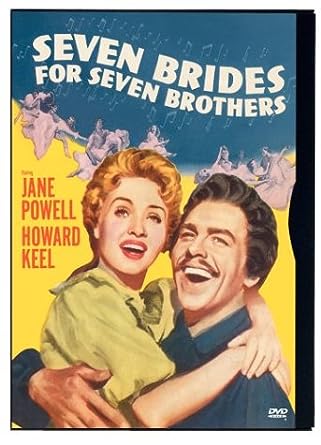 Unfortunately, there are very few readily available books on Erwin Rommel, my son’s assigned topic for 8th grade History. The “book” I ordered on Amazon came today, and it was a whopping 30 pages in large font, claiming to give his full history from birth to death.  Bullshit.  It’s being returned.

Me: “It’s what I bought for Liam to do his report!”

Xavier: “That’s way too small to be a book.”

Less than 24 hours after returning from a quick romantic weekend, my dearest darling, Ryan, was felled by an intestinal flu, so he’s been concerned that he might have given it to me.

Ryan: How are you feeling? Still okay?

Me: Are you texting to check on the state of my bowels?

Me: In the immortal words of Ashford and Simpson…still Solid As a Rock.

My sons’ Spanish teacher has apparently given up, and the curriculum now solely consists of them watching Spanish soap operas.

Xavier: “None of us understand enough Spanish, so it’s just a bunch of gibberish, and then a dog runs away, and someone has an affair.”

Liam: “Don’t forget about the ghosts.”

Xavier: “Oh, yeah…and there are ghosts.”

Tracy: “Are you going to Kim’s baby shower tomorrow?”

Me: “Ugh…you know how much I hate those things.  I’ll just send her a gift.”

Tracy: “What possible excuse are you going to have to skip this?”

Me: “I had a camera shoved up my ass…how does that NOT earn me a card?”

Tracy: “Fine, but you have to tell her, because I’m not walking into a baby shower with tales about your asshole.”

Tracy: “A real friend doesn’t text pictures of their large intestine to a group chat.”

(Whilst watching a cable news channel…)

Me: “Jesus, every other ad is for erection drugs.”

Me: “I’m going to start calling this ‘the boner channel’.”

Xavier: “Please don’t do that either.

Yes, yes, I know…two posts in a row about fucking novelty bedding. It also should be noted that my sweet, brilliant, rational boyfriend goes completely ape-shit nerd when discussing some sort of controversy regarding whether Han Solo or Greedo shot first in the original movies. It has come up roughly three million times.

Me: Liam is spending his first night in his new Star Wars sheets.

Ryan: Do they make those for a queen-sized bed?  I’m asking for a friend.

Me: Yes, but would you really be comfortable getting off in front of Han?

Ryan: It’ll be the first time he didn’t shoot first.

Me: Fine, but if you start making ‘pew pew’ noises during climax, I’m going to be super put off.

Me: You’re thinking about it now, aren’t you?

Me: “Did Grandma order you your new sheets?”

Me: “Okay…well…I guess that’s okay.  It’s probably the last time you can get something like that, so you might as well enjoy it.”

Liam: “What do you mean the last time?”

Me: “Honey, you’re 14, you’re probably never going to have this opportunity to get fun sheets again.”

Liam: “Mother, I think you’re grossly underestimating the kind of adult I plan on becoming.”

Student: “Are you wearing green because it’s St. Patrick’s Day?”

Student: “What does the green stand for?”

Me: “Avarice, envy, and gangrene.”

Me: “The beautiful, rolling green hills of Ireland.”

YOU ARE NOT THE FATHER!!!

Me: (murmuring) “If I could choose anyone to be your father, I’d pick Neil deGrasse Tyson, too.”

Caolinn: “Ummm, you COULD HAVE chosen anyone…and we know how THAT turned out.”