Before I delve right in here, I’d like to start by clarifying that I love animals…like LOVE them.  I will totally kiss a strange dog on the mouth, and I won’t even share a glass of water with my own children.  I love them so much, that if I hear the first two chords of any Sarah McLachlan song, I immediately call the ASPCA and give them cash, and all it took was me watching this video http://www.youtube.com/watch?v=nnYRhanK3XA on Facebook, and the next day I got this guy… 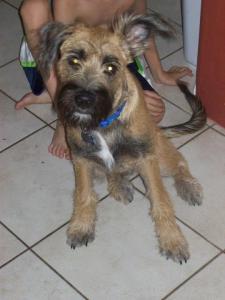 Seriously…will you LOOK at that face?

That all having been said…I think it’s time that we discuss the RIDICULOUS lengths that humans have been going to, to keep these lazy bastards alive:

I know, I know!  They’re Goddamned adorable and everything!  Look at those eyes, they’re like walking stuffed animals!  If I wanted an actual bear hug, from an ACTUAL bear…this is the bear I would TOTALLY choose!

However, it’s time we really just accept the fact that pandas have all signed some sort of Bear Suicide Pact, and desperately wish to go gently into that good night.  In fact, they seem to be trying so hard to end it all, that were they prisoners, we wouldn’t leave them alone with their own shoelaces.

Look, I am ALL FOR saving the environment, limiting urban sprawl, reforesting efforts, creating animal sanctuaries, criminalizing abuse, testing, and animal research; and for all of the other things that we do to try and limit the damage done by man…  But pandas are really just asking for it.

If you’ve kept up on the annals of panda husbandry for the last couple of decades, and frankly who hasn’t, you know that getting these black and white lumps to actually produce offspring is no joke.  First there are biological factors.  Female pandas only ovulate once a year, which is easily half as many times as your average 13-year-old Olympic gymnast (and a twentieth as often as any member of the Duggar family…males included).  Beyond that, if a swimmer even makes it in there on the two days a year an egg is in play, the poor offspring in question will be born the size of a stick of butter to a 220lb mother, with a penchant for rolling over in her sleep.  In fact, pandas are so casual about the survival of their own children, that while a normal panda pregnancy frequently results in twins…if left to the mother, the smaller one will die of neglect while the larger one is given just enough attention to MAYBE keep it alive.  I can personally name at least ten crackheads that I’d trust with a baby, before I’d trust a panda.

Now, here’s where it gets really damning…  That whole thing I just wrote…about the ovulation and the offspring and the pandas smoking crack…yeah, that’s all contingent on the pandas ACTUALLY having sex.  You see…they don’t even want to do that.  Yes, Ladies and Gentlemen…pandas are too lazy to even fuck, and we’re not talking about them getting it “on the regular” here…we’re talking about ONCE A YEAR.  Once a year, they are too fucking lazy to drag themselves out from under the bamboo bush they’ve been shame-eating in, so that they can get laid, and their species can live on.  Are.  You.  Fucking.  Kidding.  Me.

This is where it gets completely ridiculous…  Wonderful, caring, lovely people, who have doctorates in some science-y thing, have decided that they aren’t going to allow the pandas to commit this slow suicide.  Instead, they’re going to bring them into captivity and spend MILLIONS of dollars to track their cycles (I’ll pay them $5 to drop me an email to tell me when to expect mine…because I certainly can’t figure it out.), find them mates, and then try and CONVINCE THEM to please, please, please find it in their little bear hearts to hump each other.

In fact, it has gotten so desperate, that the zoologists have resorted to producing panda pornography, which they then show to frigid would-be breeding pairs, in an effort to try and get them in the mood.   (http://www.telegraph.co.uk/news/worldnews/asia/china/9932362/Panda-porn-shown-in-attempt-to-get-two-to-mate.html )

Assuming that they can actually cajole two apathetic bears into watching a television, you know that the bears just have to be as confused as hell.

Bear B: “I know!  Wasn’t there a very special episode of Diff’rent Strokes that started out this way, with a pedophile who owned a bike shop?”

Bear A: “I don’t know, but if he offers us some wine and tries to get us in a shower…I’m so out of here.”

In the end, millions spent, countless man hours logged, advanced degrees questionably used, other species (who are FAR more willing to screw, by the way) ignored, and film sullied…you do get one of these:

12 thoughts on “An argument in favor of extinction.”